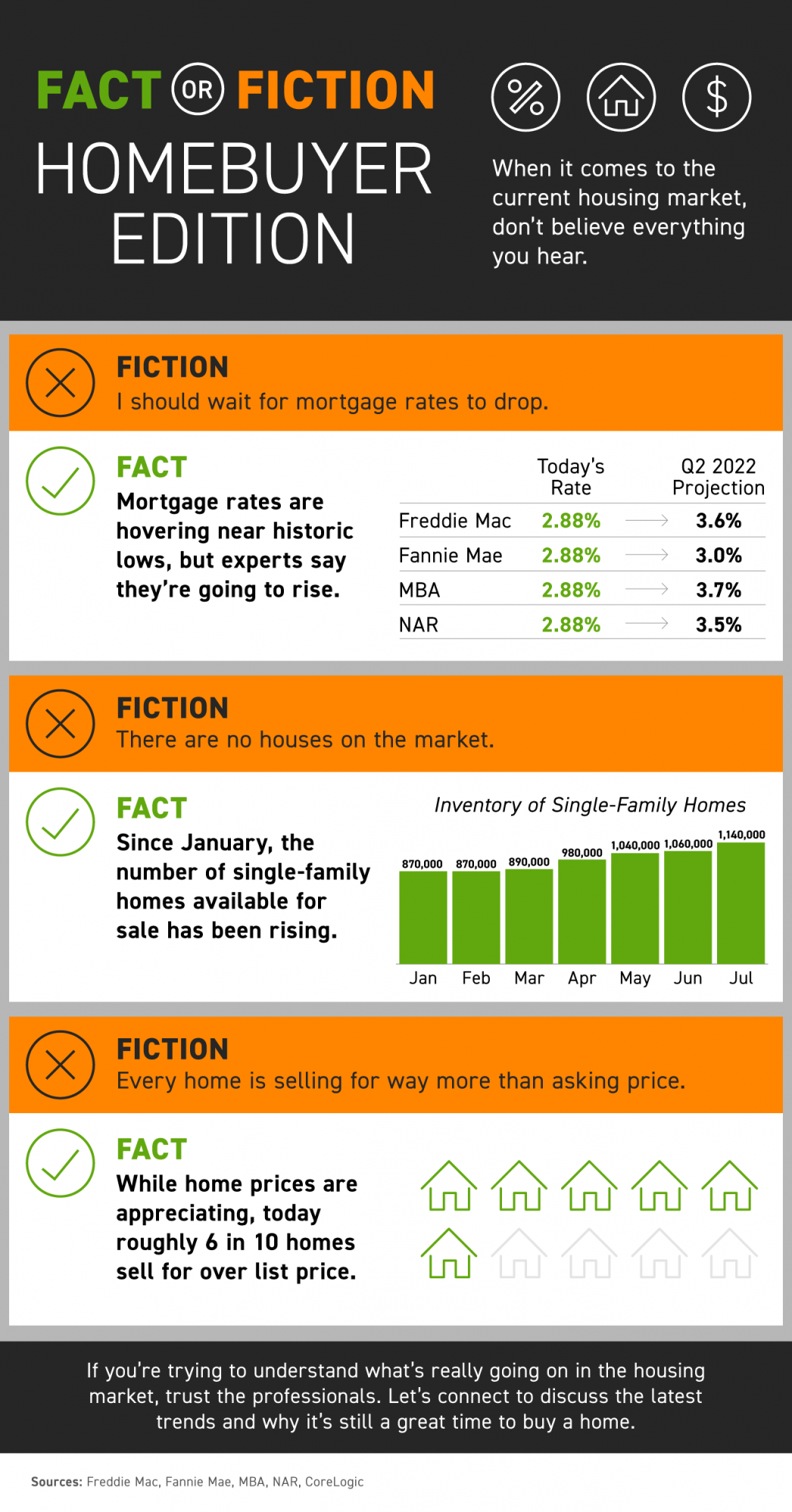 Home sales volume rose in January regardless of obstacles including higher mortgage rates and rising home prices. The National Association of Realtors® reported more sales of pre-owned homes in January. 5.69 million homes were sold on a seasonally-adjusted annual basis in January, which surpassed expectations of 5.57 million sales and December’s reading of 5.51 million sales of previously-owned homes.

The 2017 Mortgage Rate Outlook: Here’s What the Experts Are Saying

The post-election period is often one of uncertainty, and the time since the 2016 election has been no different with regards to market force and the financial world. With a new administration taking office, there are many questions regarding how Donald Trump’s presidency will impact the market and your mortgage. If you’re wondering what the predictions are for the coming year, here are a few things the experts are considering.

An Increase In Rates

Due to an expected hike in rates by the Federal Reserve, it’s unlikely that potential homebuyers will be able to get the low interest rates of previous years. While higher rates are likely, the proposed tax plan and budget of Donald Trump may lead to increased inflation and could also have an impact on rates down the road. The low rates of previous years certainly made homeownership a more feasible option, but it’s still a good time to get into a home before they rise even more.

Last week’s scheduled economic readings were limited and included new jobless claims and Freddie Mac’s mortgage rates survey. In other news, all types of mortgage applications rose by 2.30 percent this week as compared to the prior week.

According to the Mortgage Bankers Association, this small drop in mortgage rates caused all types of mortgage applications to rise by 2.30 percent on...

What’s Ahead For Mortgage Rates This Week – February 6, 2017

What's Ahead For Mortgage Rates This Week January 9,2017

Construction spending was higher in November according to the Commerce Department and reached the highest level since April 2006. The November reading was 0.90 percent higher as...

Hey it’s Realtor David Neese from OmahaRealEstate.com and here are our Omaha real estate market stats for January of 2016.

If you have a home to sell this is definitely the time to get it on the market as we are definitely cruising along in a hot seller’s market.

Average time on market for homes that actually sold dropped 28%, that’s right 28%!  It was down from 57 days a year ago to 41 days this year.  Mind you days on market always drags a bit in the winter here for some crazy reason.  What is interesting is the size of the drop considering the harshness of this winter compared to last year’s winter.

There has been a 16.49% decrease in inventory meaning homes are getting harder and harder to find.  The average list price is up 6.46% and average sales price is 7.31% higher than the previous December.

The average overall sales price for December was $194,462 which includes new construction.  For existing homes the median sales price was $152,450 which was a 6.19% increase over the prior December.

All Categories 3 Steps to prepare before moving (1) 3 Ways That Buying or Selling a Luxury Home Is Different (1) DIY Crafts (3) First Time Home Buyers (8) Frequent asked questions. (3) Get Your Mortgage Paid Down Faster With These 5 Simple Money Saving Strategies (1) Home Styles (15) Home Video Tours (13) Meet Our Team! (2) New Construction (2) Omaha Events (3) Omaha Market statistics (11) Recipes (1) Selling Your Home (3) Sunshine For Kids (1) The Denman Team (1) TIPS FOR YOUR HOME! (2) Trying to Sell Your Home Without a Real Estate Agent Is a Big Mistake — Here’s Why (1) We love pets! (1)

What is My Home Worth?